After traveling a meandering 3,500 miles from Wisconsin to Oregon over 11-days at the end of February, both Cole and I were happy to settle into our leisurely month-long petsitting gig in Lincoln City, Oregon for the month of March. You may recall this is the same place I was petsitting last summer when I was still living on the Oregon Coast. After spending a frigid winter in Wisconsin, I was looking forward to the milder weather, ocean view, beach walks, and cuddle time with two adorable cats and one more dog. I’m not going to lie, I was equally looking forward to some soaks in the jacuzzi tub as well. In preparation for my known time on the Coast, I had reached out to friends and former colleagues in the area to reconnect at various times and places throughout the month. I also planned a gathering with my Portland friends to celebrate my 40th birthday. Unfortunately, due to the worldwide crisis emerging with the Coronavirus, many of those plans did not come to fruition. As disappointing as it was to miss a lot of those connections, I became more concerned about the welfare of the world as reports kept rolling in each day of new closures, new infections, and growing death counts. Never in my lifetime had I seen anything like this. Major league sports shut down in domino fashion. Schools and businesses began to close. The Secretary of State issued requests for Americans abroad to return home or prepare to shelter in place. Not too long after the country began shutting down, I was understandably laid off from my job as sales pretty much evaporated. When reporting my change in income to Healthcare.gov I learned I would lose the tax credit that made my plan affordable and had to cancel my coverage. As if losing my job and health insurance amidst a pandemic while 2,000 miles from home wasn’t stressful enough, I began to develop COVID-like symptoms: dry cough, low-grade fever, sore throat, lethargy, and tightness/pressure in my chest. It truly was one of the most stressful and scary times of my life to date.

I’m happy to report that my symptoms remained mild and slowly began to improve. As the days turned into weeks, I kept in contact with the homeowners in Indonesia via email, thinking their travel plans may change under the developing circumstances but for several reasons, it made sense for them to stick with their original return date, that was until the airports there started closing. They managed to book themselves on earlier flights and returned home a few days earlier than originally planned. Meanwhile, I was concerned about traveling home. Did I have COVID-19? If so, would I be contagious when traveling home? Unfortunately, I would never be able to find out for sure. The only people who were being tested were those who were admitted to the hospital with serious symptoms. I contacted my doctor’s office in Wisconsin and they advised me on how best to keep others safe while driving home. In the interest of public safety, I decided to drive the quickest and most efficient route to limit my contact with hotel staff, gas station clerks, and food service workers. 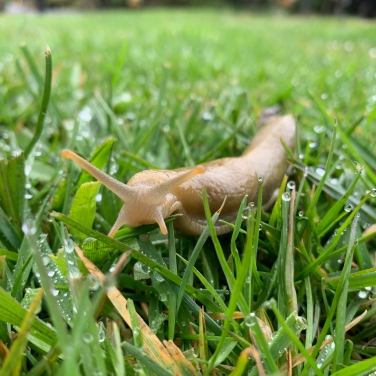 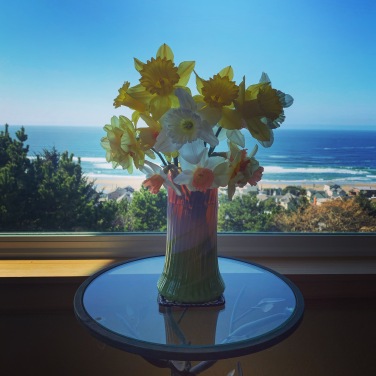 Snapshots throughout my stay

With my route planned, hotel rooms booked and a bottle of hand sanitizer and a container of disinfecting wipes by my side, Cole and I began the drive back to Wisconsin on March 31st. The planned route called for three days of travel, spending one night in Missoula, Montana and one night in Rapid City, South Dakota, the goal being to drive about 10-hours a day. The first day of driving started off fairly well. The roads were relatively empty and I enjoyed smooth sailing for miles and miles. Having been cooped up in the house for so long, it was good to be outside with a changing landscape to look at. I ran into some icy mountain passes in Idaho which gave me some anxiety and shortly before arriving at the hotel in Missoula, I learned there had been a 6.7 magnitude earthquake in southern Idaho that was reportedly felt in Missoula. When I checked into the hotel, no one seemed to be concerned so I decided it wasn’t too much to worry about at that point from a safety perspective. Upon entering my room, I quickly pulled out the disinfecting wipes and proceeded to wipe down every surface of the room that I thought I might touch. If I didn’t already have COVID-19, I didn’t want to pick it up now. I never realized just how many surfaces we touch in a day until this, the first of many observations in this new world we find ourselves in.

The next day, Cole and I made our way to Rapid City, South Dakota. That was a rough day of driving. The mountain passes were icy and even some of the flat stretches were covered in ice. I can’t remember another time where I had to do so much white-knuckle driving for so many hours. Upon arriving in Rapid City, the snow flurries that had come and gone throughout the day started to pick up. After getting checked into my room and disinfecting the place, I decided I would grab some dinner from across the street. Upon exiting the hotel, I could see that the snow flurries from earlier had turned into a full-on blizzard. I couldn’t see where the parking lot stopped and the roads began and several inches of snow had already quickly piled up. I drove the best I could toward the main road, slipping and sliding along the way. I got to the drive-thru two minutes before they closed early due to the weather. With a brown paper bag of food at my side, I slowly drove back, trying my best to not slide or drive off the road. Once back safe in my room, I found myself overwhelmed with gratitude to have arrived at the hotel when I did that day. I can’t imagine if I had to drive through that storm on the interstate for potentially hundreds of miles.

Since the weather forecast called for snow throughout the next day, I figured it would be best to stay put another night and give the crews time to clean up the roads before venturing out. Cole and I enjoyed lounging in bed, watching TV, and ordering food to be delivered just outside our hotel door. My back was thankful for the rest as well. I am simply not used to driving so many hours without getting out and moving around a lot every couple of hours. It was catching up with me quickly so I decided to break the last 11-hours of driving into two days, staying the night in Sioux Falls, South Dakota before making the final jaunt through Minnesota into Wisconsin. My stay in Sioux Falls was another fun Motel-6 adventure. The room itself was in pretty good condition but the grounds were littered with trash and the clientele both in the lobby and wandering the parking lots were a bit on the shady side. There were also lots of people coming and going from the rooms at all hours of the night. I was definitely happy to get on the road the next morning. After a quick and easy six-hour drive, I was home. I unloaded the car, unpacked, and then enjoyed the rest of the day and night in bed, relieved to have made it home.

Cold and Snowy Outside / Warm and Cozy Inside

This road trip could just be my greatest misadventure yet! In what was supposed to be a fun road trip marked with a great reuniting of friends and the celebration of a major milestone in my life turned out to instead be a global pandemic where the world as we know it changed forever. We now live in a world where we all need to keep our distance from one another to protect each other. Hand washing has become a compulsive yet necessary habit. No one shakes hands, most can’t hug. Millions of people are out of work while health care and other essential workers risk their lives to keep the rest of us alive. Our administration is failing to provide adequate leadership and supplies while thousands of people are dying. The stores have been sold out of hand sanitizer and disinfecting wipes for weeks. State parks, beaches, and hiking trails are closed. The Olympics have been postponed and there are no more major league sports to watch. All of the great cultural spots, theaters, and amusement parks are closed. Late Night hosts and newscasters are broadcasting from home. The windows of once busy city shops are boarded up. Restaurants can only serve food via pick up or no-contact delivery. Nursing homes are losing residents to this disease at an alarming rate. Police officers, paramedics, nurses, doctors, and world leaders are all becoming infected and sadly, some are dying. We wear masks when we have to go into public and keep 6-feet between us and anyone we cross paths with. The sound of someone coughing nearby makes our hearts skip a beat. It’s likely that our world won’t be going back to “normal” for quite some time and even when we do get to the other side of this disease, we will be greeted with a new normal. I’m cautiously hopeful that we can build a new normal that is better than the one we had before. One that builds upon the best our society has to offer and is reinvigorated with a new sense of what is most important. Time will tell. In the meantime, Cole and I are hunkered down in Pardeeville, Wisconsin, taking things one day at a time. Be well and take good care!